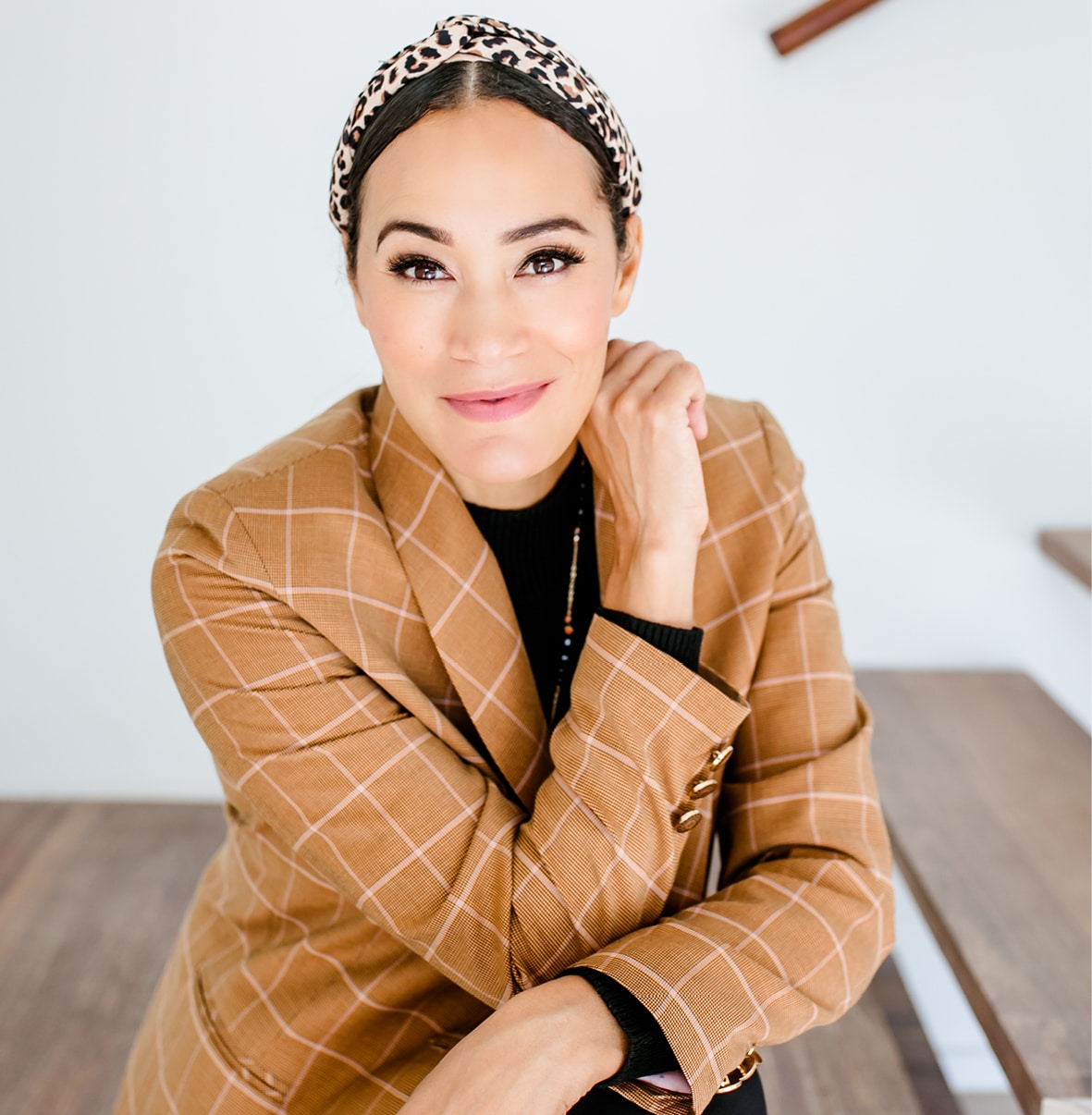 International Master of Ceremonies, Speaker, and Entrepreneur  |  Member of USB Advisory Board

From Pasella to Miss South Africa to the world stage, Jo-Ann has MC’ed on four continents, hosted events in Barcelona and Dubai, panelled discussions with the likes of Sir Richard Branson, and hosted a charitable fundraiser for her compatriot Princess Charlene of Monaco. She has been a brand ambassador of Lufthansa, Samsung, and BMW SA, and serves on the boards of Media24, M&C Saatchi Abel, Village and Life, as well as the Advisory Board of Stellenbosch Business School. In serving on USB’s board, she provides guidance, support, and insight from industry to help ensure the relevance of USB’s programmes in the world of work.

Tell us your story — how did you get to where you are now?

I grew up in Blackheath. It is not a wealthy area, but a typical middle class, Coloured area. I was in the first group of kids of colour who were allowed to go to a previously whites-only school. It was a huge opportunity. It was also a lot more expensive than what my parents had initially planned to pay, but they always focused a lot on education. In my family, there was always a huge emphasis this, that you did as much as you could so that you could get the best possible education, and that you could use what your parents have given you to the best of your ability. I eventually ended up becoming the first head girl of colour at the school, and I matriculated with an average of 91 or 93 percent.

I was accepted for medicine at Stellenbosch University and then took part in Die Burger’s Hoofleiers conference, which is a leadership conference for top-performing head girls and head boys. I did a speech there, and Koos Bekker, who worked at Media24 at that time, asked if I had ever considered media as a career. He thought I’d thrive in that. He said, “Do a BCom Law first, get into media, and then, if you want to, you can become a doctor later.” Funny enough, I ended up marrying a doctor and now sit on the board of Media24 with Koos.

I eventually did two years of my MBA through UNISA. Even though I was one of the top performers in my class, it was challenging, because, as an entrepreneur, the tasks were never really suited to me. That was interesting, because I realised at that point that entrepreneurship was still not something that was really celebrated or even explored in the academic space. At that time, the value of an MBA was measured by how much you earn when you get your MBA, as opposed to how many people you employ and how many others you empower.

What are some of the biggest challenges you faced in getting to where you are now?

Initially, you have a lot of self-doubt, but, luckily for me, my parents had instilled a lot of confidence in us as kids. They also instilled a big sense of taking responsibility for your actions — nobody owes you anything. My parents never allowed us to think of or even imagine that you could get a handout. You worked for things. You said ‘thank you’. You were grateful, but you worked harder and you worked smarter. There’s no sense of entitlement. You work for it, and you don’t blame other people for your failures. You investigate and you do introspection.

Secondly, sometimes I think I can be everything to everyone. If you’re a people pleaser, it’s very hard to say ‘no’.

What has been great is, as I'm getting older, I'm also realising that saying ‘no’ to someone means saying ‘yes’ to me.

I have learnt that your helping other people fulfil their goals (without taking time to spend and focus on your own goals) blurs your vision of what you want to achieve.

Looking back on your career and life, what advice would you give your younger self and other young women in South Africa?

Be kind. Take responsibility for your actions, and also understand that things might happen to you along the way that are not your choice, or not as you expected. I do believe that your attitude determines your altitude; it’s a nice little play on words.

What happens to you is not always your choice, but how you react, that is something you can control. One does have disappointments along the way, but you wouldn’t feel disappointed if you were aiming low.

My mom instilled in us and showed us that it’s never too late. She and I actually finished matric together. After dropping us at school, going to work, and cooking dinner for us with my father, she would go to night school in the city from 19:30 to 22:00, and so we finished matric together. She always instilled responsibility with the mantra: ‘If it’s to be, it’s up to me’. You take responsibility. You do you. By blaming others, you give power to somebody else. You have power over your own life.

What are you most proud of in your career and personal life?

Pride is always a funny thing, but what I’m most grateful for is that I’ve had a chance to work with people who’ve sometimes seen potential in me when I didn’t, and who, through that, helped me get through times of self-doubt.

I’m proud of the networks and relationships I’ve built up over the years. For me, loyalty is a big thing. I was Miss South Africa 20 years ago, and I spent a year modelling with massive names. Then I went back to university. I did this because my dad said to me, “Just remember that CEOs aren’t made on the catwalk, they’re made in the classroom”. And my dad kind of held me ransom with my student loans. He said, “You’ve got to go back and you’re going to go finish your studies”. The only bursaries I got were merit bursaries, so you’re going to get those high marks.

Personally, I’m very grateful for my husband. I believe Sheryl Sandberg wrote, “The most important career decision a woman makes is who she chooses as her partner”. I’m very grateful that my husband is my partner. He is my biggest supporter. He’s not intimidated, and he gives me my space to work.

There was a time when I thought that we wouldn’t be able to have kids, and now our fourth is on the way. But, balancing it all has also been a big thing for me. I am super grateful for an incredible nanny, because I don’t have the support structure that most people have when it comes to having kids. My nanny gives me a chance to do what I do, and I put her kids through university. It’s a community. It takes a community to raise a child.

What is your wish for gender equality and women in South Africa?

My first wish is that everyone would understand and accept that women are different. The narrative ‘We are all the same’ is not going to help gender equality. We are different, and we need to celebrate that and champion diversity.

I also wish for tolerance and reciprocal understanding. Often, one narrative is pushed, and one gets caught up in that, and both sides of the story are often not heard. My husband always tells me, “Put yourself in the other person’s shoes”. We just live in such a volatile society. So, I would wish for tolerance and understanding in terms of gender equality and in terms of race. I think it goes across the board — understanding that we’re different, but understanding that those differences can actually help us and create better connections and relationships if we work together.

I also wish for better support for working moms. Generally, a woman’s childbearing years are at a time in her career when she could make the most impact. Then people think, ‘She doesn’t take the work so seriously.’ It’s not that you’re not committed, but you have other responsibilities, and childcare often falls on women. For example, on boards, decisions are often made at the after-work drinks, but mothers have planned childcare for that time. That is part of the patriarchy of the corporate world. This is also why I have dedicated myself to supporting other working moms.

All these things come down to respect and understanding. It’s also about how we parent our children. We want society to thrive and to grow, but we don’t value motherhood. I’m just very lucky that I have been in control of structuring my career. Something to note is that it’s not only men who discriminate against women in the workplace. Women should not demonise men — ‘us against them’. I think it’s important that we don’t always vilify men. A lot of the people who have supported me in my career were men. There have also been many women who supported me.

In celebration of the 10th year of publication, the 2020 Women’s Report reflects on the rise of the black woman. Very little is written about black women’s workplace successes and wisdom. We address this discrepancy by celebrating black women’s excellence.