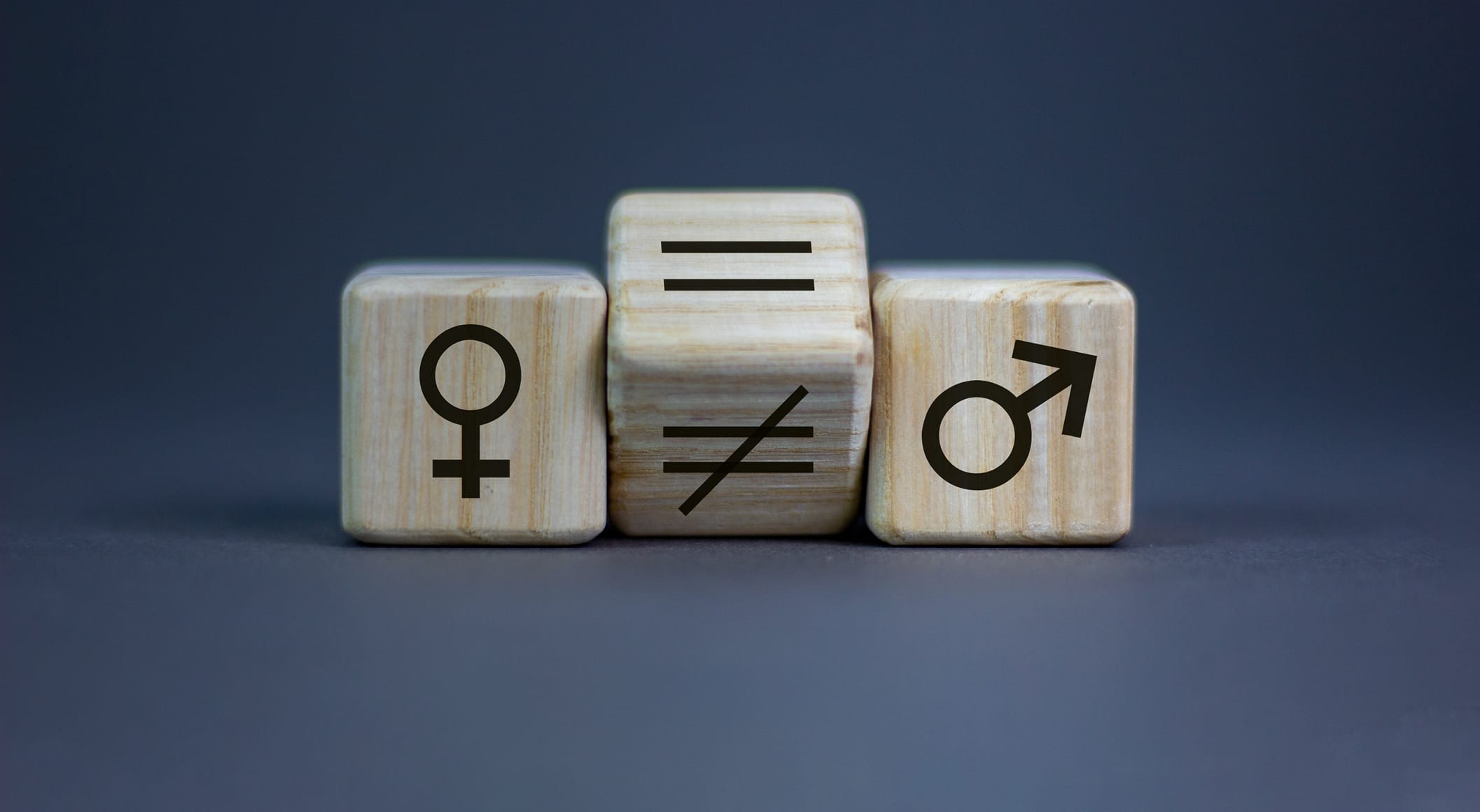 Fiscal policy comprises two elements, namely income and expenditure. The ways in which a government collects income through taxes, and spends it, are influenced by the societies and contexts for which the policy was designed. As such, fiscal policy is not immune to gender stereotyping. The traditional notions of men as ‘breadwinners’ and women as ‘caretakers’ have influenced tax laws for centuries.

Although some progress has been made in addressing the gender pay gap, more work remains to ensure that parity is also achieved in the taxes that women pay. Fiscal policy can — and should — be used to redress gender inequities. The UN, for example, envisages fair tax policies to give effect to the fifth Sustainable Development Goal (SDG5) regarding gender equality:(1)

Undertake reforms to give women equal rights to economic resources, as well as access to ownership and control over land and other forms of property, financial services, inheritance and natural resources, in accordance with national laws.” (Emphasis added).

There are a number of frameworks used in the literature in assessing the impact of taxation on gender outcomes. One of the most common of these was initially developed by Stotsky,(2) and recognises the explicit and implicit biases in tax systems. In this article, I explore how tax systems can either perpetuate or overcome these biases.

Biases in the tax system

Explicit biases stem largely from patriarchal traditions, and manifest as discriminatory tax legislation, regulations, and practices.(3) In such cases, the tax law provisions are legally linked to gender, for example, not allowing married women to file their own tax returns, as was the case in Jersey until fairly recently.(4)

During the apartheid regime, South Africa’s tax system contained several discriminatory practices in terms of both gender and marital status. For instance, married men were taxed at lower rates than unmarried people, who, in turn, were taxed at a lower rate than married women.(5) This was because the tax legislation defined a ‘married person’ only as male,(6) and contained a separate category for married women. In addition, allowances for dependants only accrued to married men. Different primary rebates were assigned according to marital status, and the tax treatment for the deduction of retirement annuity fund contributions varied.(7)

Fortunately, these provisions were outlawed with the inception of the Constitution. Unfortunately, though, the new tax dispensation also resulted in some unintended consequences in the form of implicit biases. This type of prejudice occurs when tax structures seemingly treat men and women equally but have unequal outcomes. Several examples have been identified in literature, including biases in tax structures and revenue levels and the gender composition of tax administrations.(8) For the sake of brevity, I will focus on value-added tax and personal income tax, as these two tax types contribute the largest share to South Africa’s fiscus.(9)

VAT comprises the bulk of revenue collections in most low-income countries, and is the second-largest tax revenue stream for South Africa. Moreover, most women in developing countries do not earn sufficient formal income to pay personal income taxes.(10) Instead, they are typically taxed through indirect taxes on consumption, such as VAT.(11) Although VAT legislation seldom differentiates between men and women, the burden of consumption taxes falls disproportionately on the latter. This is due to the caregiving role fulfilled by women, who, as a result, spend a greater share of their lower income on collective household needs such as food, health, and education.(12)

Governments have introduced numerous forms of VAT relief to assist poorer taxpayers. In South Africa, for example, VAT is levied at 0% (instead of the usual 15%) on basic foodstuffs such as brown bread, maize meal, rice, fresh vegetables, and paraffin used for lighting or heating.(13) Following increased pressure from community advocacy organisations against so-called ‘pink taxes’, some feminine hygiene products were also afforded zero-rated status in South Africa in 2019.(14) Thus, no VAT may be charged by retailers on the sale of such goods, and (at least in theory) the 15% cost saving would be passed on to consumers.

In an attempt to address the country’s high level of income inequality, South Africa’s personal income tax (PIT) system is designed to achieve wealth redistribution. The PIT rates are progressive, meaning that a higher income is taxed at a proportionally higher rate.(15)

A gender-based analysis of the recent tax statistics of the South African Revenue Service (SARS) reveals a steady (albeit modest) increase in the percentage of female taxpayers in the last few years. As illustrated in Figure 1, below, currently, approximately 46% of personal income taxpayers are women.(16)

Nevertheless, women contributed only about one-third of total income taxes.(17) Thus, despite more women joining the ranks of taxpayers, their levels of taxable income are still much lower than those of men. This disparity is symptomatic of the country’s historical gender pay gap and socio-economic inequalities. The result is that female taxpayers netted, on average, 19.3% less than their male counterparts, as measured by taxable income.(18)

Figure 2, below, indicates the spread of assessed individuals across the various income tax brackets. It is evident that women are more concentrated in the lower brackets. Furthermore, as the level of taxable income rises, the proportion of female taxpayers declines significantly, with the higher income tax brackets dominated by male taxpayers. In fact, for the 2020 tax year, only about 14% of the top earners were women.(19)

Given its progressive nature, it could be argued that South Africa’s PIT system addresses gender biases in the labour market. Yet, despite the removal of the explicit discrimination occurrences mentioned earlier, the unisex tax tables have not adequately addressed the equity problem. In fact, the revised tax system seems to have deepened inequities between single-earner and dual-earner households.

In terms of current South African income tax legislation, each individual is a separate taxpayer in his or her own right, regardless of marital status. Similarly, each individual is entitled to certain tax breaks, such as interest exemptions and personal tax rebates, which are determined by the person’s age. As a result, dual-income households benefit twice from these tax breaks, which are only available once to single-earner households. This duality is best explained by way of a simplified example, wherein the personal income tax liability for two hypothetical households is calculated.


Table 1 (Tax disparity in households) displays the calculated income tax liabilities for each household.
Source: Author’s own, adapted from Jaffer (2020)(20)

The above example is illustrative of the fact that dual-earner households benefit twice from the same tax breaks, leading to significantly lower taxes. In this case, the single-earner household pays R16 425 more in taxes, which is equal to the primary rebate.

In light of the fact that nearly one-fifth of South African households consisted of a single person in 2020, this tax discrepancy deserves closer attention.(21) The gender ramifications are also pronounced, given that South Africa has a high prevalence (41.9% in 2020) of female-breadwinner households.(22) In addition, when it comes to child-rearing, single mothers by far shoulder the most responsibility, with 41.7% of children living with only their mothers, compared to 4.4% living with only their fathers.(23)

A ‘fair’ tax system is premised on, amongst others, two economic theories. The first pertains to horizontal equity, which is achieved when taxpayers in the same economic position are taxed equally. The second refers to vertical equity, whereby the tax burden is distributed across a society’s socio-economic spectrum.(24) In other words, taxpayers who experience different economic circumstances must be treated differently. South Africa’s progressive income tax rates are a good step in the right direction in enhancing vertical equity in terms of income levels. However, more should be done to promote gender equity.

Fiscal policy can play a supportive role as part of a nation’s larger gender transformation agenda. In order to do so, Treasury departments must aim to gather more comprehensive gender-disaggregated data around consumption patterns and women in the informal economy, and conduct gender-impact analyses for tax policies.(25)

When public services (for example, health and education) are under-resourced and communities are under-served, women and girls typically have to step in and provide unpaid or low-paid care work.(26) Governments should therefore consider expenditure-side strategies for enabling women to earn a decent income instead of performing unpaid care. This may be achieved through broadening access to free or affordable healthcare, education, water, and social protection, or by way of implementing social payments for care work.(27)

On the income side, tax laws could be redesigned to incorporate elements of affirmative action in favour of women, e.g., higher tax thresholds for women;(28) expanding zero-rated VAT on goods and services that support households; tax breaks for female-owned businesses;(29) reduced tax rates on property owned by women;(30) and gender-friendly tax education.(31) Another pragmatic suggestion is to allow a tax deduction for childcare costs.(32) Indeed, prior to 1994, a child tax rebate was available, but was since removed on the basis that it provided only minimal relief, and also that wealthier families unfairly benefitted from this.(33) However, policymakers could reconsider the introduction of some form of tax relief for childcare costs, which could be means-tested and capped to ensure equitable treatment.(34)

Achieving gender equity in tax systems is fundamental to supporting inclusive growth, which, in turn, can encourage labour force participation, enhance entrepreneurship and investment decisions, and ultimately improve the wellbeing of all citizens — men and women.(35)

Dr. Lee-Ann Steenkamp is a tax and accounting lecturer at Stellenbosch Business School where she teaches on the MBA and the Postgraduate Diploma in Financial Planning. She is also an Extraordinary Professor in Tax at the University of South Africa (UNISA). Lee-Ann is a National Research Foundation (NRF) rated researcher, the first woman from the Business School to receive this prestigious accolade. 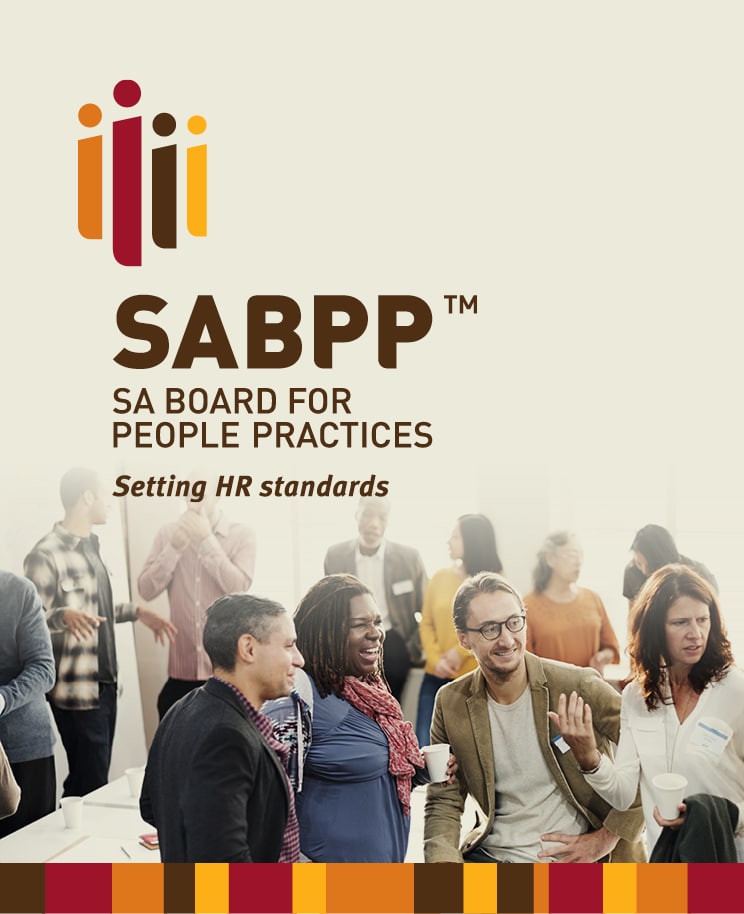